How can you Reverse Gray or White Hair and boost hair growth with the miracle herb - Polygonum Multiflorum?

Aging is a common concern from men to women of all ages. It is a rational fear that we all have. Perhaps one of the first signs on the list is white hair and hair loss. It's normal for hair color to change as people get older and older.

Grey hair, even if you are young can appear at almost any time in life. Even young people and people in their 20s can notice white hair strands as well. The human body has thousands and millions of hair follicles or small sacks covering the skin.

Let us explain in more details...

Why do you have white hair or have slow hair growth?

1. Your hair turns grey as you can't make pigment

Melanin is the pigment that gives the hair (and skin) its color and it gets released as the hair grows. However as we age, melanin starts to decrease so the hair begins to losing its color. Thus, becoming gray and gradually becomes white as melanin development ceases entirely. ​Polygonum Multiflorum is the best natural medicinal herb to reverse this process.

2. Premature graying has nearly all been correlated with genetics

Graying is linked to the way people age, which can happen in two ways: internally and externally. Your chromosomes are linked to internal aging even if you are still young. If your mum and dad got the title of silver fox early, you will most like be one too. That being said, if you go gray faster than the rest of your family, it is possible that certain external factors are playing a role here, such as lifestyle influences, sunlight and cigarette smoking. Read on...

3. Smoking will speed up the graying cycle.

The smoking habit will make you age beyond your mouth wrinkles. Though smoking won't turn your hair grey, it will speed up the inevitable aging process. Smoking is harmful to any organs in the body, including the skin on the scalp. This deprives the skin of oxygen and may raise free radicals [toxic oxygen by products that can inflict serious harm to living cells] that can eventually affect your hair growth by increasing your follicles' tension and aging.

Multiple reports have also pointed to the correlation between smoking tobacco and gray hair's appearance by the age of 30. 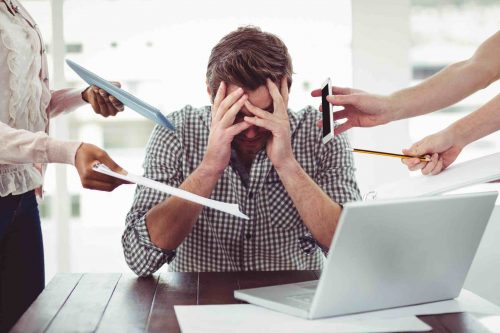 4. Stress or trauma may lead to premature graying

Like smoking, stress is not a direct source but an amplifier to anything that ages us. For certain people, based on their genetics, their first symptom of aging is in their hair. Those people can probably find their hair turning gray and sometimes having slower hair growth.

There is a whole sequence of events that makes hair gray because of stress.  Most of which are linked to an increase in cortisol known as the stress hormone. If cortisol levels are high, it may affect the follicle and speed up its aging, ultimately leading to gray hair or hair loss.

5. Gray hair may be caused by the autoimmune disease under unusual circumstances

An autoimmune disease such as alopecia areata induces the immune system to invade the hair follicles to prevent them from developing ultimately leading to decrease hair growth and hair loss.

Autoimmune disorders, such as autoimmune thyroiditis, have also linked vitamin B-12 deficiencies to premature graying. However, this work is not adequate to show a simple cause and effect.

6. Plucking is the worst idea you can have to prevent Gray Hair.

The easiest way to get rid of the decolored streaks is to mask them-whether that's having highlights or an all-around hue. Plucking them, leads to a whole different series of problems.

Never pluck them out because there's a risk they could not grow again.  You're only going to have more grey hair eventually, there's only so many you can pluck.  And let's be honest, we'd all prefer gray hair over bald spots any day right?

What Can We Do To reverse Grey Hair?

There are a variety of options to repair or undo this cycle, but the body will eventually determine what it needs to do. For one, it is important to consume more antioxidants. Fresh fruits, tomatoes, green tea, olive oil, and fish can be included. There are other herbal remedies, such as curry leaves, as well.

If you want a powerful medicinal herb to aid the removal of Gray Hair Polygonum Multiflorum had been used for centuries way before well known and proven to remove grey hair/white hair.

Polygonum Multiflorum (aka He Shou Wu) the Ultimate solution:

Polygonum multiflorum is a tuberous plant located in its root, which is of medicinal nature. It is native to China and found in Japan and Taiwan as well.

This plant, often referred to as the He Shou Wu (pronounced as Her show woo), is valued for its anti-aging and lifespan-promoting effects in Chinese medicine. He Shou Wu means "black-haired Mr. He" and is named for an elderly Chinese man who reportedly took the herb to regain his health, strength and reverse grey hair. One of the most prominent qualities is its power to recover a person's natural hair color.

Not only it is used for general good-health in the old-age but it is also used to help treating various medical conditions including heart diseases, diabetes, hair loss, hair growth, constipation and even cancer.

Small hair pigment cells in hair follicles, or melanocytes, gives us hair color. Melanocytes create a pigment called melanin, which gives color to hair. The richer the color of the scalp, the more melanin will be there. When these melanocytes' function decreases, they stop making those pigments, resulting in gray hair.

Hydrogen peroxide is formed naturally in the body, but it interferes with the production of melanin when there is an unnecessary build-up. Many people are familiar with the outward application of hydrogen peroxide on hair to lighten their looks.

Essentially this is what occurs internally as the hair becomes grey at the cellular level. The body lacks the capacity to efficiently break down and remove the excess hydrogen peroxide created as a by-product of the body's metabolic processes.

Superoxide Dismutase ( SOD) is another free radical scavenging enzyme that is active in the body along with catalase. SOD is good for the protection of cells from lipid peroxidation and damage to DNA. The rates of SOD in the body can be decreased by taking Polygonum multiflorum, possibly indirectly by the influence of the herbs on the liver and kidneys.

Traditional Chinese Medicine (TCM) says a person's hair is a sign of kidney power. Poor kidney and liver blood are suspected to be the root causes of grey hair and other symptoms of premature aging. Polygonum multiflorum acts on the liver and kidneys to increase red blood cell production and lower hepatic (liver) fat accumulation.

This, in effect, increases blood supply in the scalp, where there is increased nutritional distribution, nourishing hair follicles, and stimulating melanin development.

HOW SHOULD IT BE MADE?

Potency and efficiency are essential to Polygonum Multiflorum that is being used. It should have been growing for at least four years, so it needs to be adequately and carefully prepared to achieve the maximum tonic effects (by a professional herbalist). This is accomplished by chopping the root immediately after cutting and then brewed in a black bean broth.

It can then be processed into a powder form afterwards with appropriate blending before it can even be used in capsules or in a Shampoo form.

GENHAIR makes sure all the herbs are prepared properly at it's freshest when blended to make into the range of products at has adequate ingredients for our clients to treat their scalp or hair problems. We use Polygonum multiflorum in a couple of our products in the E-SHOP....

Shampoo generally only stays on the scalp for couple of few minutes during washing so if you would like a longer and stronger burst of polygonum multiflorum treatment with more effective results, use together with ITEM 2. GENHAIR Herbal Scalp Tonic 2 Hair Growth Booster  should be used after shower.

3. GENHAIR Herbal Hair Colouring which is first of it’s kind,  contains Polygonum multiflorum with multiple other natural medicinal herbs targeted to boost hair growth and is free from harmful chemicals dyes to cover your white/grey hair roots at the same time for a healthier scalp. Does not contains chemicals like ammonia and peroxide that is found in chemical dyes that is detrimental to scalp health and weakening the hair shaft. Say NO to chemical hair dyes!

4. GENHAIR Herbal Hair Mask contains Polygonum multiflorum with 9 other herbs with medicial properties proven to combat hair aging and hair loss that are grinded in powdered form that can be individually vacuumed packed which now allows us to share this great treatment around the world while maintaining the herbs at its freshest and highest standards.

Polygonum multiflorum promotes hair follicle pigmentation by protecting the melanocyte viability from oxidative stress, a key mechanism in the initiation and progression of hair greying. Check out some of our clients'  testimonials from all around the globe.

You have Successfully Subscribed!

You have Successfully Subscribed!

Looking for natural medicine that is great for gre

Congratulations, another fighter! If anyone wants

You can now save hundreds of dollars without havin

Minoxidil is a western drug effective for hair los

Side effects of western medication used for hair l

The benefits of using Polygonum Multiflorum is not

Get accredited by UK certification as a trichologi

There has been a problem with your Instagram Feed.

Have you Redeem your FREE Herbal Mask?

Check your email for redemption steps